It’s confirmed: PUBG Mobile is relaunching in India with a new identity 2021

It’s confirmed: PUBG Mobile is relaunching in India with a new identity2021 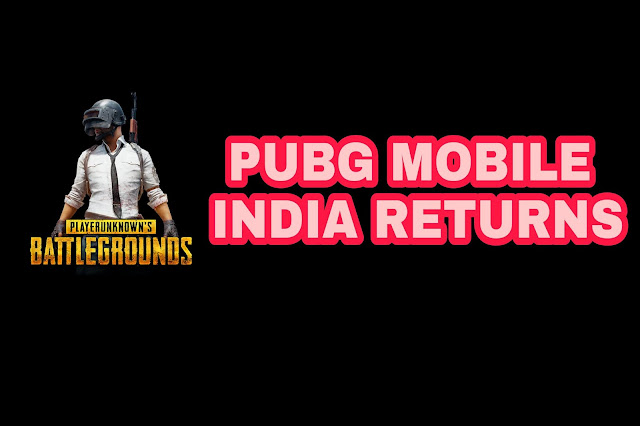 PUBG Mobile is returning to India with a new name.

The game will be called Battlegrounds Mobile India.

PUBG Mobile will finally make its re-entry into the Indian market with a new name. Krafton, the South Korean publisher of the game, announced today (h/t Gadgets360) that the battle royale mobile game will return to the country as Battlegrounds Mobile India.

The renamed PUBG Mobile is set to feature India-specific in-game events and content. The company will also organize Esports competitions exclusive to the Indian version of the game.

In preparation for the relaunch, the social media accounts of PUBG Mobile India have also started referring to Battlegrounds Mobile India as the game’s new identity. In addition, all posts have been wiped clean from these accounts, indicating that the company plans to start fresh.

PUBG Mobile was banned in India alongside many other Chinese apps in September last year. The government had alleged that under Tencent, the previous distributor of the game, the PUBG Mobile app was engaged in activities prejudicial to the country’s sovereignty, integrity, and security.

Krafton, the South Korean developer of PUBG Mobile, said on Thursday that it is bringing back the popular gaming title to India under the brand name 'Battlegrounds Mobile India.' The new title, which uses the color scheme of the Indian flag and is largely a replica of PUBG Mobile, will offer "a world class AAA multiplayer" and free-to-play gaming experience on mobile devices, it said.

The developer said it will open pre-registration for Battlegrounds Mobile India "soon" ahead of its launch in the country, but didn't share a specific date. The rebranded PUBG Mobile has been exclusively developed for the world's second largest internet market, Krafton said.

"Krafton will collaborate with partners to build an esports ecosystem while bringing in-game content regularly, starting with a series of India specific in-game events at launch, to be announced later," it said.

Thursday's announcement comes months after India banned PUBG Mobile -- alongside 200 other apps with links to China -- citing national security concerns. In the months since, Krafton has taken several steps -- including cutting ties with its publishing partner Tencent, inking a global cloud deal with Microsoft, pledging a $100 million investment in India's mobile gaming ecosystem, and earlier this year

"With privacy and data security being a top priority, Krafton will be working with partners, to ensure data protection and security, at each stage. This will ensure privacy rights are respected, and all data collection and storage will be in full compliance with all applicable laws and regulations in India and for players here," it said in a statement.

The firm didn't say whether it had any conversation with New Delhi and if it had received the approval to launch the new title. Earlier this year, the Indian government said it was retaining its ban on Chinese apps. This isn't the first time Krafton has teased PUBG Mobile's return to India.

The game helped establish an entire ecosystem of esports organisations and even a cottage industry of streamers that made the most of its spectator sport-friendly gameplay, Rishi Alwani, a long-time analyst of Indian gaming market and editor of IGN India, told TechCrunch in an earlier interview.

Krafton said Battlegrounds Mobile India will launch with a number of restrictions aimed at protecting the wellbeing of minors. Such users will have to provide the phone number of their parent or guardian to play the game, and the daily time and money spend will be limited to 3 hours and about $95, respectively.

The revamped PUBG Mobile is expected to release in India sometime in May or June. Krafton has said that the new game will be available for pre-registration before its official launch. The game will also get a new logo featuring colors from the Indian flag.

The company also reassured that Battlegrounds Mobile India will comply with all the data collection and storage rules of the country. This should ensure it’s not booted from app stores in India again.

0 Comments for "It’s confirmed: PUBG Mobile is relaunching in India with a new identity 2021"