Prime Minister Narendra Modi on Friday praised Chief Minister Bhupendra Patel and expressed confidence that under him, Gujarat would see “all round development at top speed”, referring to the newly-appointed CM as a “silent worker” who has held public offices for over 25 years.

Modi was virtually addressing a gathering at an event organised by the Saurashtra Patel Seva Samaj for the foundation stone-laying ceremony of Phase-1 of a hostel that will accommodate 1,500 students in Surat.

The Sardar Hostel, part of the Saurashtra Patel Seva Mandal in Surat, is the first of two hostels that will be constructed to allow students from Saurashtra to be

in “safe custody” while pursuing their education in chartered accountancy, civil services and other professional courses in Surat.

Speaking at the gathering, Modi said, “This is my first address after Bhupendra Patel took over as Chief Minister. I am acquainted with Patel for over 25 years as a party worker. It is a matter of pride that he is a CM who is as technology savvy as he is connected to his roots. His experience will help Gujarat in development... It is an achievement that he has grown from being a member of a small municipality to becoming the member of the Ahmedabad Municipal Corporation.

He then served as the standing committee chairman and finally also became chairman of an important body like AUDA. In these 25 years, he has grown from the ground. His experience will drive Gujarat's development in top speed...”

Referring to Patel's family as being “spiritual”, Modi said that it was a matter of pride that Patel had an unblemished track record. He said, “Gujaratis should feel proud that even after being in public life and holding high positions for 25 years, there has not been a single controversy or allegation against him... He doesn't speak much... He is a silent worker and an efficient one. Not many would know that his family is rich in spiritual knowledge... his father was deeply connected to spiritual teachings. Being a man of such values, Gujarat will make all round progress under his leadership... It is my request to all of you to undertake a pledge to contribute in some way to Gujarat as part of the ongoing Azadi ka Amrut Mahotsav...”

Expressing confidence that India would soon emerge as the strongest economy, the PM said, “The speed at which our economy has revived after the Covid-19 crisis, the world has a lot of expectations from India. An international organisation has recently said that India will become the world's fastest growing economy. I am confident Gujarat, as always, will do its best and contribute to the nation building.”

Modi has begun his speech with a verse from the Ramcharitmanas, invoked Mahatma Gandhi and Sardar Patel, and enlisted the contributions of several persons from the state in the field of education — from Pujya Chhaganbha to Bhai Kaka and Mohanlal Lalji Patel. He said, “I am told that both phases of the hostels (being set up in Surat) will be ready by 2024. So many boys and girls will get an opportunity to realise their dreams through the efforts put into this project.... I am deeply satisfied that the project aims to include people from all strata of society. When I visit many places, I feel proud that Gujarat is following the footsteps of Sardar Patel, who said caste and creed should not come in the way of loving our country or giving back to it... Nation first is the mantra of Sardar

Patel's disciples. You can go anywhere in this world, you will find this spirit of nation first among Gujaratis.”

Elaborating on the contributions made by philanthropists and social activists in the field of education in Gujarat, Modi said, “We have to remember those people, who have made a huge contribution in awakening the people. It is imperative for the current generation to know about them. They are the people behind the heights of success that Gujarat is scaling today — especially in the field of education. One such person was (philanthropist) Pujya Chhaganbha, who set up the Sarva Vidyalaya Kelavani Mandal, established in 1919. When Gandhi ji visited Chhaganbha's mandal, he urged people to send their children to study in Chhaganbha's trust.”

Modi also spoke about the growth of Charotar in central Gujarat as an education hub and recalled the contributions of Bhai Kaka — an engineer who quit his job on Sardar Patel's call in 1942 to set up universities. The PM said, “Bhai Kaka became the chairman of Charotar Education Society in Anand. He had dreamed of a rural university in that era. He played a major role in setting up the Sardar Vallabhbhai Patel University. Similarly, there was Bhikha Patel, who worked with Bhai Kaka and Sardar Patel... those who do not know much about Gujarat, I want to tell them that the Vallabh Vidyanagar was set up between Karamsad, Bakrol and Anand. It was developed to spread education among the villages to expedite their development. H M Patel was counted among the close aides of Sardar Patel, when he was the Home Minister.”

Modi also said that Surat had touched heights of success in the diamond industry and was an example of how “skill, education and modern technologies go together”.

He said that Gujarat has improved the standard of school infrastructure to ensure that female students come to school willingly. Modi said, “Gujarat started gunotsav and shala praveshotsav to encourage education. In order to ensure that more girls went to school, Gujarat built toilets in schools — which was one of the reasons why female students stayed away from schools. Gujarat not only improved quality of education but also overcame the issue of drop out rates. Today, the efforts have intensified to make sure that girls get quality education.”

Modi also hailed the efforts by the Patel community to check female infanticide, recalling his "bitter words" spoken to the community earlier. He said, “I remember that it was you (Patidar community) who started the Beti Bachao campaign from Surat... I remember that I would come to your community events back them and speak bitter truths (about saving the girl child) to you without wondering if you would like it or not, if you would be upset or not... Today I am glad you all agreed to what I said...You gave me a chance to join your efforts in the campaign... You made people take the pledge to save the girl child.... I am happy to say that you walked with me, matching steps to overcome obstacles faced in the field of education.” 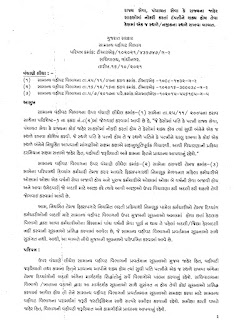 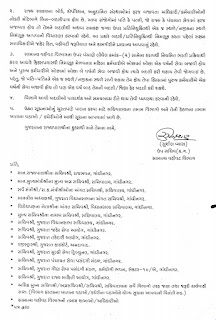 He added that the decision to introduce mother tongues as the medium of instruction in schools will help future generations. Modi said, “Now education is being imparted even in mother tongues of students. So there is no barrier faced by students in villages. Now, education is linked to skill... Very few are able to grasp what it means and how it will impact the future generations as the country attaches native skill with technology. Once upon a time, you people left your homes and farms from Saurashtra to Surat to polish diamonds and lived in rooms packed with eight or ten people.. Today you have achieved heights...”

Modi said he is also fortunate to have got the opportunity to serve people not just in Gujarat as chief minister but also as the Prime Minister. He said, “With the blessings of you all, an extremely common man like me -- who neither had a family or political background nor the support of caste politics --was able to serve Gujarat since 2001 and then, through the strength of your blessings, bigger than before today, 20 years later, I am fortunate to be serving the entire country.”