Program to expedite rooftop solar project in Vadodara, Surat, Mehsana, Rajkot and Bhavnagar in other five cities of Gujarat

Following the success of the Gandhinagar Solar Rooftop Solar PV Project, 2011, the Government of Gujarat (GOG) has decided to replicate the Rooftop Solar PV initiative in five major cities in the state through the development of similar pilot projects, viz.

The project will use the same model as Gandhinagar i.e., a PPP based model which assists in rooftop installation through investments in rooftop projects by private individuals.  Private rooftop project developers will be selected through a competitive process.  Developers will be responsible for leasing rooftops for long periods of time from private individual residential, commercial as well as industrial rooftop owners. 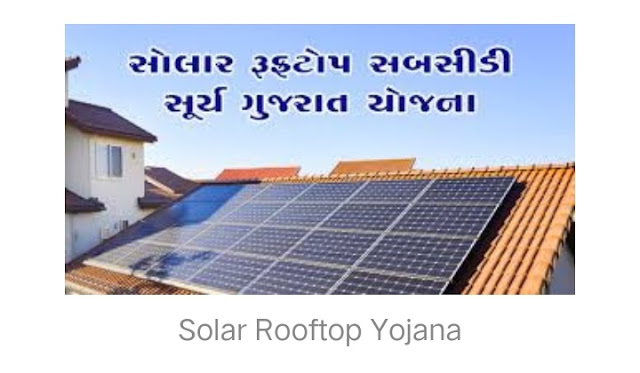 Private rooftop owners will be invited to participate in the program, and private project developers will generate revenue by leasing their rooftop.  The benefits of rooftop leasing are known as green incentives.

This is a grid related program, in which a solar photovoltaic (SPV) system will be configured on the rooftop and connected to the electricity grid.  Under this project, Gujarat Government has set a target to set up PV installations on different types of rooftops in about 5 MW (i.e. 2000 KW) in five cities in Gujarat as shown in Table 1 below.

Interested bidders can apply for any one of the following packages

The Government of Gujarat will select developers to set up SPV system on the roof of the building (building includes residential, industrial, commercial as well as government / public houses) through transparent selection process.  The selected project developer (RO) will handle the maintenance and operation of the SPV settings.  Project developers will enter into green incentive agreements with property owners whose terraces are to be used for the SPV system.  The rooftop owner will make a difference through Green Incentive.

The program selects from the developer's transparent competitive bidding process.  The selected developer will withhold money for the SPV system configured on the owners rooftop.  Will organize, own new panels.  Will manage and maintain it.  The energy generated by this method will be sold by the project developer to the distribution company.  The distribution company will pay the project developers a fairly approved tariff in return for which the developers will pay the rooftop owners the green incentive generated per unit from the individual rooftop SPV system.  The selected developers will implement the Green Incentive and Lease Agreement with individual property owners whose rooftops or terraces will be used for the SPV system.

Necessary coordination between private residences and commercial buildings will be prescribed by the Government.  PIA (PIA-Project Implementation Freedom) as a facilitator will in the early stages rescind the landlords (roof owners) who have shown interest in participating in the program.  The basic details will be collected by the PIA.  The selected developer will then select competent (technically and legally qualified) private owners by scrutinizing that information.  As part of the tender document, the draft / conditions for leasing / leasing / licensing the roofs of government / public buildings are enforced by the government.  The draft / terms contain the main rights and responsibilities of both parties involved in the program.  The bottom line is drawn.

An international competitive tender process will be followed for the selection of the project developer.

Proposal to participate in the bidding process for the selection of three selected bidders for the development of each of the three packages (as shown below) consisting of five photo grid connected solar photovoltaic projects (each "project").  'RFP' ') to companies interested in accepting and / or bidding bodies and / or any member of those bodies (' bidders '') selected for a period of twenty five years through a fee-based competitive bidding process.  Each of the bidders has to undertake the responsibility of developing and delivering the generated energy to one of the three packages in the following cities as per the terms and conditions laid down in the RFP document.

Package-B: At least 3 in Rajkot.  2 MW and two projects in Bhavnagar with a capacity of at least 2.5 MW.

Package-C: Project with a capacity of at least 3 MW in Surat.

The selected developer will enter into the following agreements with the relevant intermediaries / claimants.

Project Implementation Agreement: This agreement will be entered into with Gujarat Power Corporation Limited (GPCL), the implementing agency for this solar rooftop program.

Electricity Purchase Agreement: This agreement will be made with the city's energy distribution company.

Green Revolution and Lease Agreement: This agreement is to be executed between the project developer and the landlord.