Gujarat schools to reopen for Classes 1 to 5 today

© Provided by The Indian Express

After nearly two years, Gujarat is all set to resume offline classes for lower primary sections from Monday. Schools will resume classes 1 to 5 adhering to the existing SOPs (standard operating procedures) while an appropriate decision will soon be taken regarding the reopening of pre-primary classes and Anganwadi centres, said Gujarat Education Minister Jitu Vaghani in Surat Sunday.

“Looking at the declining number of coronavirus infections in the state, the government has decided to resume classes 1-5 in schools from November 22," Vaghani said.

The resumption of classes for the lower primary section also coincides with the reopening of schools and colleges in the state Monday after a three-week-long Diwali vacation. Schools will also commence their second semester Monday.

“Everyone was waiting for these classes to resume soon. I have been receiving calls from parents and even children to resume classes since class 6 onwards were already opened,” Vaghani added. When quizzed about the delay in reopening lower primary classes, he said, “The Covid situation was being closely watched. Now, when the state has reached a good coverage of vaccination and the cases look under control after Diwali, it is the right time to reopen schools for classes 1-5," he said.

The education department will directly supervise the reopening. “The teaching will resume with all the precautionary measures keeping in view the age of the children. Attendance of the child will not be compulsory and only those children with parents’ consent will be allowed in the schools. All primary schools in the state will have to strictly adhere to the prescribed SOPs and government schools principals and private school administrators will have to make special arrangements for sanitisation,” the minister added.

“Looking at the controlled Covid-19 cases, the SOPs will be reviewed in two to three weeks and if necessary, some relaxations will be allowed," Vaghani told The Indian Express. 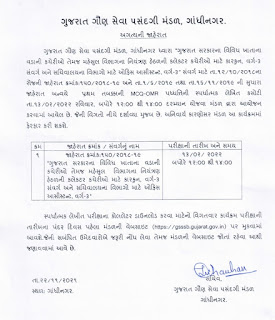 The government decision to resume offline classes for the primary section comes amid rising demand from the private school associations as well as parents following the reopening of other classes. "We were repeatedly asking the state government to reopen all classes," said Bharat Gajipara, president of Gujarat Self-Financed School Management Federation.

Manan Choksi, president of the Association for Promotion of Prominent Schools, echoed a similar demand. “More than 75 percent of parents in our schools have consented to send their wards to schools. This is short notice, but looking at the past 20 months, this 20-hour window is acceptable," Choksi said.

Earlier this month, the state government had formed an 11-member committee to analyse the need to resume classes 1 to 5 and ways to lower the learning gaps among young children owing to the closure of in-person or offline education in schools for the lower primary sections.

“The committee had not submitted recommendations on when to reopen lower primary classes but on the learning losses among children. For instance, children have been promoted from Class 1 to 2 without the required learning levels and many have not studied their pre-primary classes. The state government has decided that this analysis will be a continuous process,” Vaghani said.

The state government was to take the final decision on when to resume these classes after consultation with the health department. However, due to a rise in the number of Covid-19 cases reported post the Diwali festive season speculations were rife on the uncertainty of resuming offline classes for lower primary sections.

Owing to the pandemic, the state government had ordered the closure of all schools on March 16, 2020, even before the nationwide lockdown. Since then, schools were following an online education system.

Meanwhile, the Gujarat government had reopened the schools for classes 6 to 8 (upper primary) on February 18 for a month before they were shut down again on March 18 due to the second wave. After remaining closed for nearly six months, the offline classes for the section resumed on September 2, while those for classes 9 to 12 began on September 26.